I Have Seeds in my Ears! 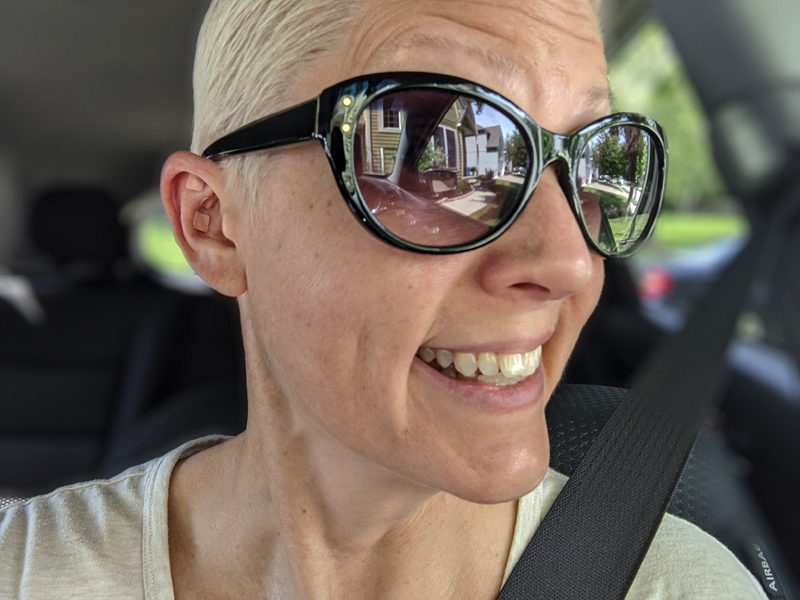 After another session today, my acupuncturist put these seeds in both of my ears with tiny “band-aids” on them. They are acupressure points for stress, kidneys, and liver function, and I am to squeeze them with a pulsing motion 30 times each, at least three times a day for the next few days (until they fall out). So far, I have definitely noticed that the neuropathy in my left leg and foot has diminished to about half what it was. I wish I could say my hot flashes are gone, but I haven’t really noticed much difference in that area yet. I have four more sessions to go before evaluating if I want to continue. I really need to call my insurance provider to see if they will reimburse the charges, as that would definitely help me decide! On the to-do list for tomorrow…

I do have some pretty amazing news in the health insurance arena, though. Kent decided to get a supplemental plan in 2019 for catastrophic accident or critical illness, of course not knowing that I would be diagnosed with breast cancer. It has taken MONTHS to get them to acknowledge our paperwork, and we finally had our insurance agent go after them to get the payment. We thought we were only getting one payment, but somehow our agent found a way to get two! Today we received one of the two checks!! Such a blessing!! God is SO GOOD!!

Tara is back at school now – her very happy place! We didn’t even get pictures because we didn’t think she wasn’t allowed into her dorm until the next morning. After we left, she met someone who miraculously had keys and her friends helped her get moved in! She and her roommate (and several of her friends) are on campus early as orientation leaders.

Kylie and I masked up and went shopping this afternoon for some cute outfits for her senior photo session this Friday. My friend Summer just happens to be coming through town this weekend, and is an amazing photographer! We found some great deals at Kohl’s. It was nice that they had one set of fitting rooms open with an attendant there to sanitize between each customer. Kylie didn’t want me to post the photo of her just messing around in a yellow leather jacket at Kohl’s, but I think it’s safe to share the cute sandals she got at Famous Footwear:

I have my next antibody infusion on Monday. I expect it to go well! Just continuing to exercise most mornings, getting plenty of sleep (between hot flashes), drinking my water, and trying to eat healthy – although I could be doing better with this! On one of my walks in the neighborhood, I met another pink sister! As I approached her, I could tell from a distance that she looked bald, so I just stopped and asked her. She was more than happy to talk to me! I found out that she was just diagnosed in May, and she’s also HER2 positive, but her treatment plan is just a little bit different than mine. She just had her third chemo treatment last week, and so far her side effects have been more minimal than mine. I’m praying that she will have a complete response to chemo like I did, and hope that I can be an encouragement to her!